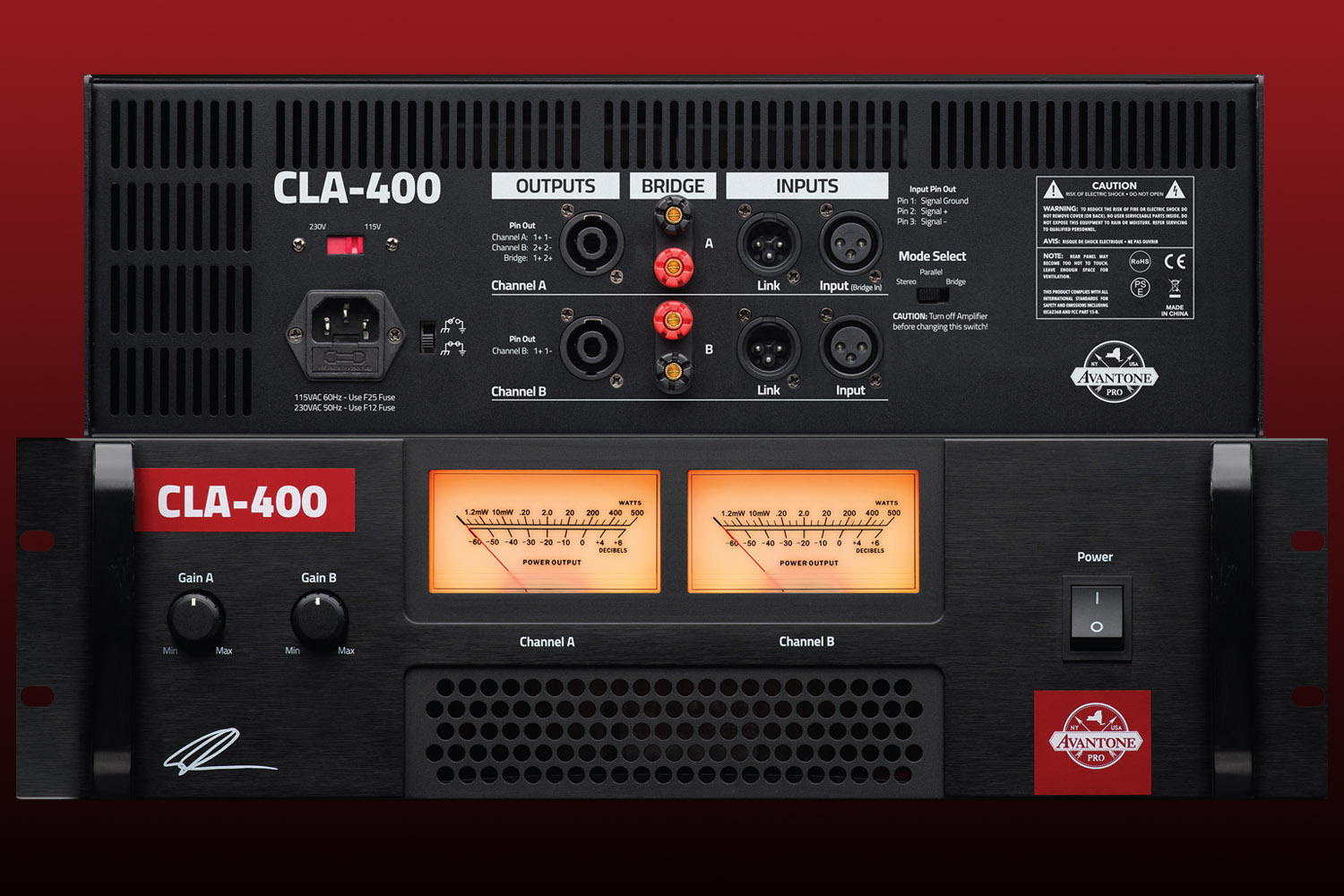 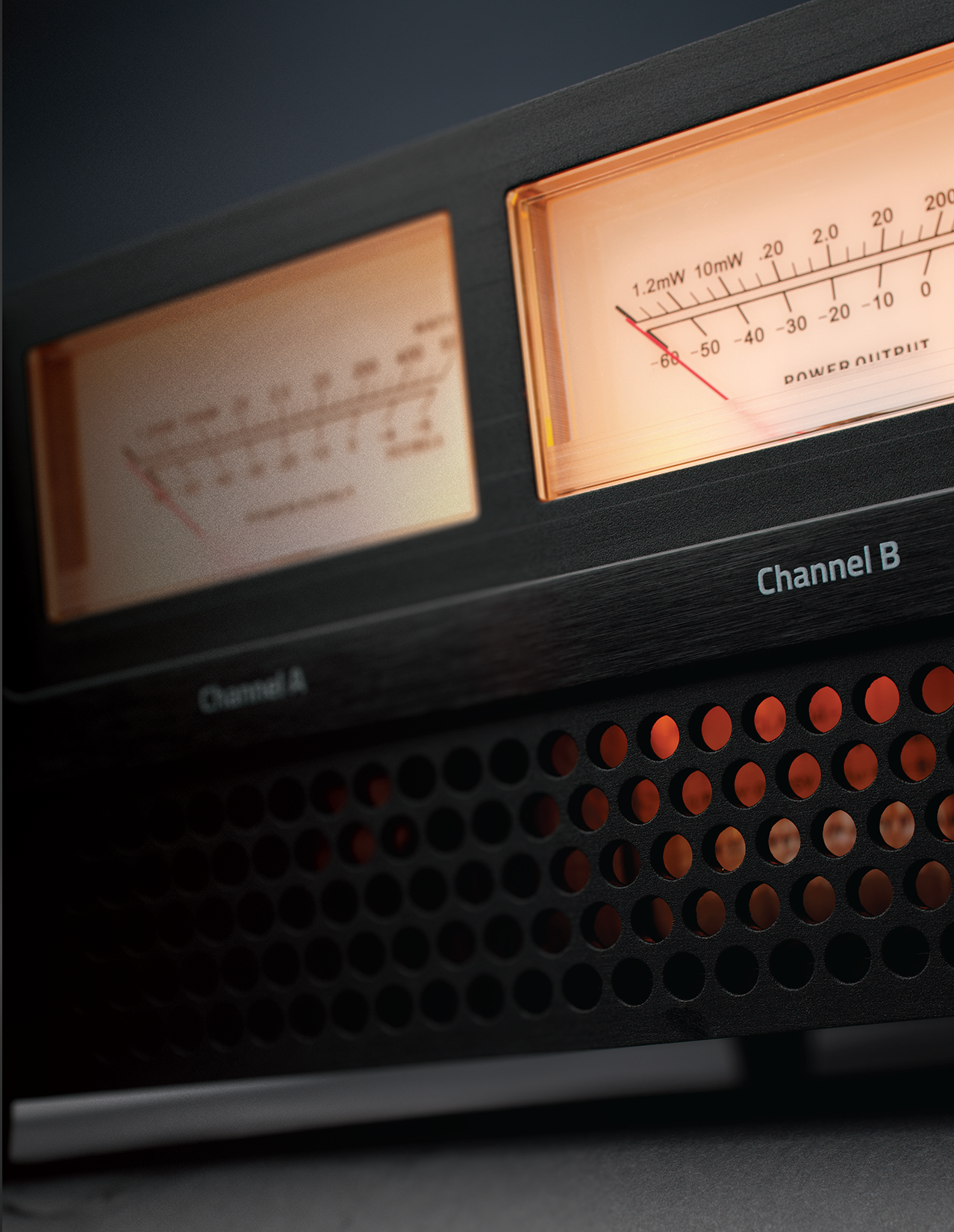 In a standard 3U rack mount chassis, this amplifier can generate over 360 watts per channel into an 8 ohm load, making it perfect for medium to large speakers in a studio environment. The CLA-400 not only uses no-compromise components, but is also convection cooled – no fan noise, so it can be used in the same room as the monitors.

The CLA-400 was designed to be paired with large passive monitors that demand the highest amounts of power. Very low distortion, steady performance under harsh conditions, and an open and transparent sound make this an obvious choice for discerning studios requiring serious dynamic range.

The CLA-400 Studio Reference Amplifier is designed to be used in a studio environment requiring high power output with no fan noise. Under testing, it delivers a powerful 400 watts into 8 ohms and can run at one third power without thermal fault. The CLA-400 has zero fan noise, as it’s convection cooled — which makes it perfectly suited for control room installation.