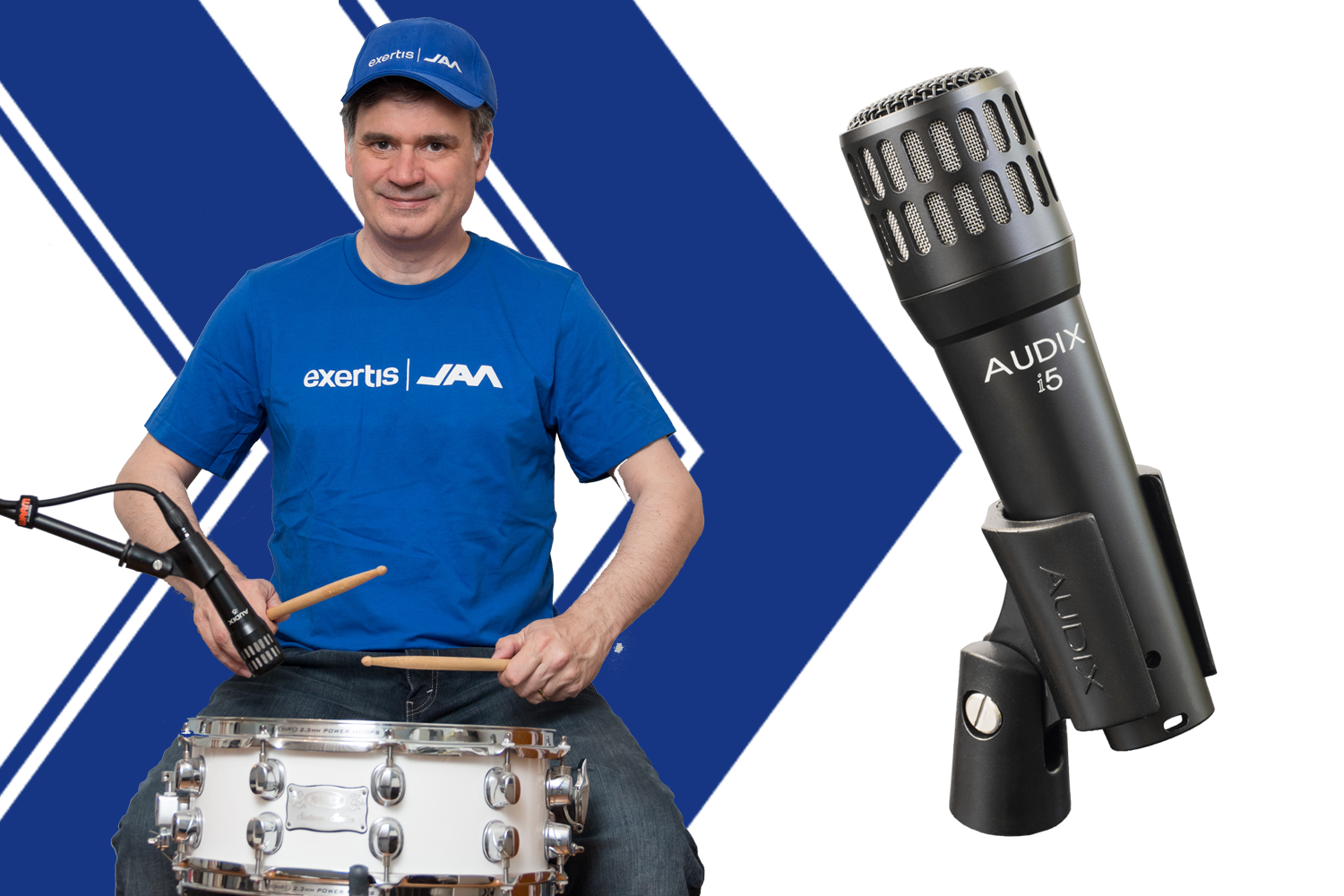 This month’s microphone was suggested by Jesse, our Maritimes’ sales representative. Popularized by its highly visible snare drum application, the Audix i5 is by far one of their best known and popular mics. This model is actually an all-purpose microphone that always delivers on performance. Because it’s designed as an instrument mic rather than a dedicated vocal mic, it doesn’t have the marked low-end roll-off that most cardioid vocal mics have to counteract the proximity effect caused by the exaggeration of bass frequencies when singing close to the capsule. Actually, it even has a +5dB peak at 150Hz that translates to a really beefy sound. But that doesn’t mean the timbre is dark because it’s counterbalanced by a +9dB peak at 5.5KHz. This combination gives the i5 a rich overall presence with a top end that is open without being brittle or excessive. With it’s -3dB points at 50Hz and 16kHz the i5’s VLM capsule covers the desirable wide range expected for miking instruments.

It’s relatively short 5 5/8” (141mm) length makes positioning the i5 a breeze and that’s one of the reasons it works so well for drums. The other common applications are for electric and bass guitar amplifiers. This microphone is known to preserve the tonal signature quality of the amps while helping them cut through the mix without sounding too aggressive. What about vocals? Because the OM series mics are hypercardioid, their pick-up pattern can tend to be a bit too narrow for some vocalists, making the i5 a great solution. It’s zinc-alloy case attenuates handling noises as well as any “vocal mic” out there. And don’t worry, despite the fact that the grill is not spherical, pops and plosives are always under control. Audix mics are known for great resistance to feedback in live concerts and public address applications and the i5 is no different, you’ll get loud! And in the studio, the i5 works well for just about any dynamic mic application you can imagine. 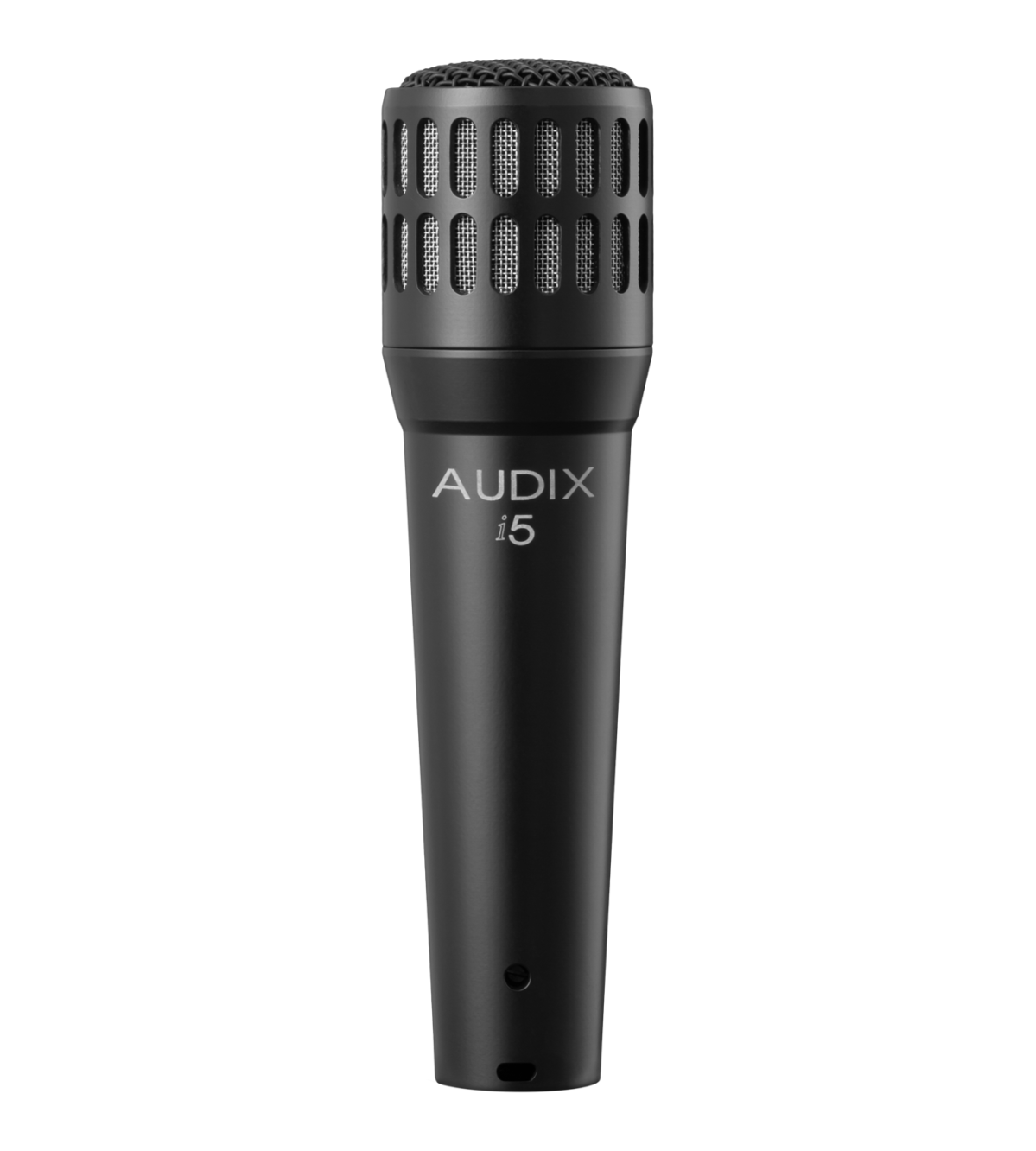