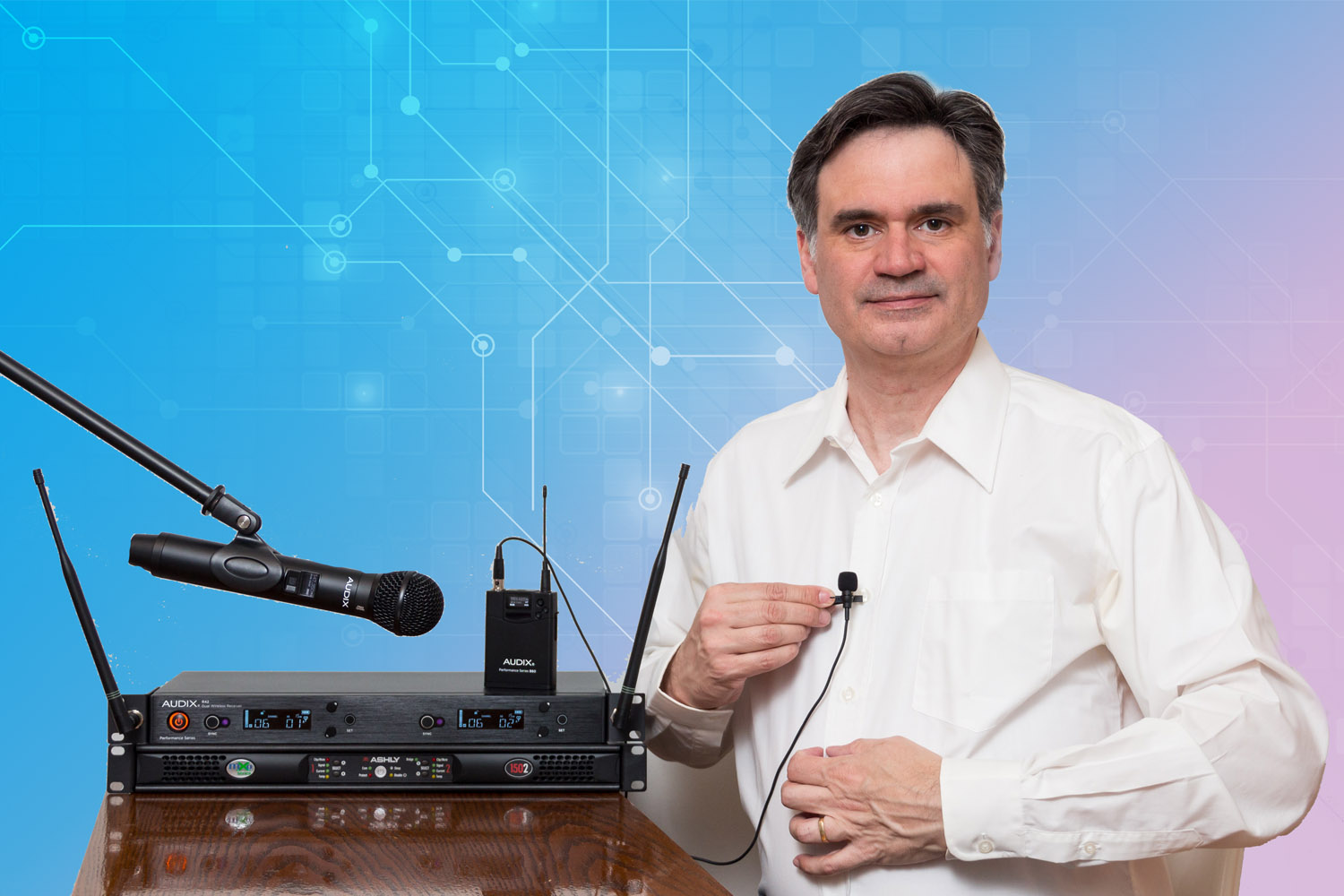 For February I’m featuring the Audix AP42C210A two channel combo wireless mic system, but a lot of the characteristics that will be called out here apply to all the models. This specific system is part of the 40 Series, which has receivers that cover a 32MHz tuning bandwidth. Two frequency bands are available, A the most popular covers 522 MHz to 554 MHz (TV channel 22 to 27), and band B covers 554 MHz and 586 MHz (TV channel 28 to 32). 10 groups of pre-coordinated frequencies are available, allowing simultaneous operation of between 7 and 15 Series 40 wireless systems per band at the same location. What’s interesting with the Audix 40 Series is that the transmitters are not band specific; they can transmit on both band A and B. This means that if receivers from both bands are mixed in the rack, any Audix H60 or B60 transmitter will work with them, making it easier to manage devices when setting up events.

When two wireless microphones are needed, the AP42 receiver simplifies wiring by using a single power supply and antenna pair. Also, if antennas are relocated outside the rack, you’ll save on RF splitters. Internally the AP42 dual receiver system is designed for both receivers to be used in the same frequency Group. When the Scan-Sync function is run, it will choose the optimum Group and automatically set both receivers in the same one. This reduces the risk of user error, the only thing left for them is to hold the transmitter in front of the receiver’s front panel and press the Sync button. Both the handheld H60 and B60 body pack transmitters feature a durable metal housing that feels high quality to the touch. The handheld transmitter is available with Audix’s 3 most popular vocal mic capsules: OM2, OM5 and VX5. As for the body pack it accepts a wide selection of Audix headworn and Lavalier mic options. Their energy efficient circuitry allows for about 14 hours of operation from a pair of name brand AA alkaline batteries. 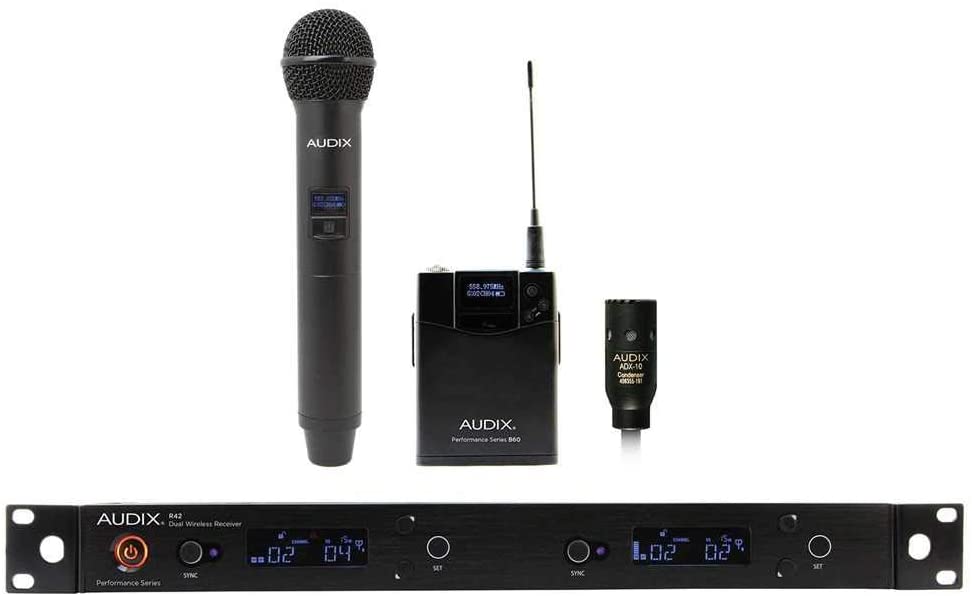 The Audix Performance Series wireless systems, like the AP42C210A, offers the functions expected by sound technicians. On the handheld mic the power/mute button can be locked at the receiver to prevent accidental muting and powering off. Also, within the transmitter body where the mic head threads, there’s a 3-position attenuation switch that can be adjusted to prevent overload distortion from very loud vocalists. The body pack whip antenna is removable and replaceable. Both transmitter type conveniently provides the choice of two RF output levels, 10 mW or 40 mW, for optimising the spectrum management in more challenging radio frequency environments. It can therefore be said that this is a well-built, full-featured wireless microphone system that uses proven technology and offers a variety of options for vocal, spoken word, and instrument applications. 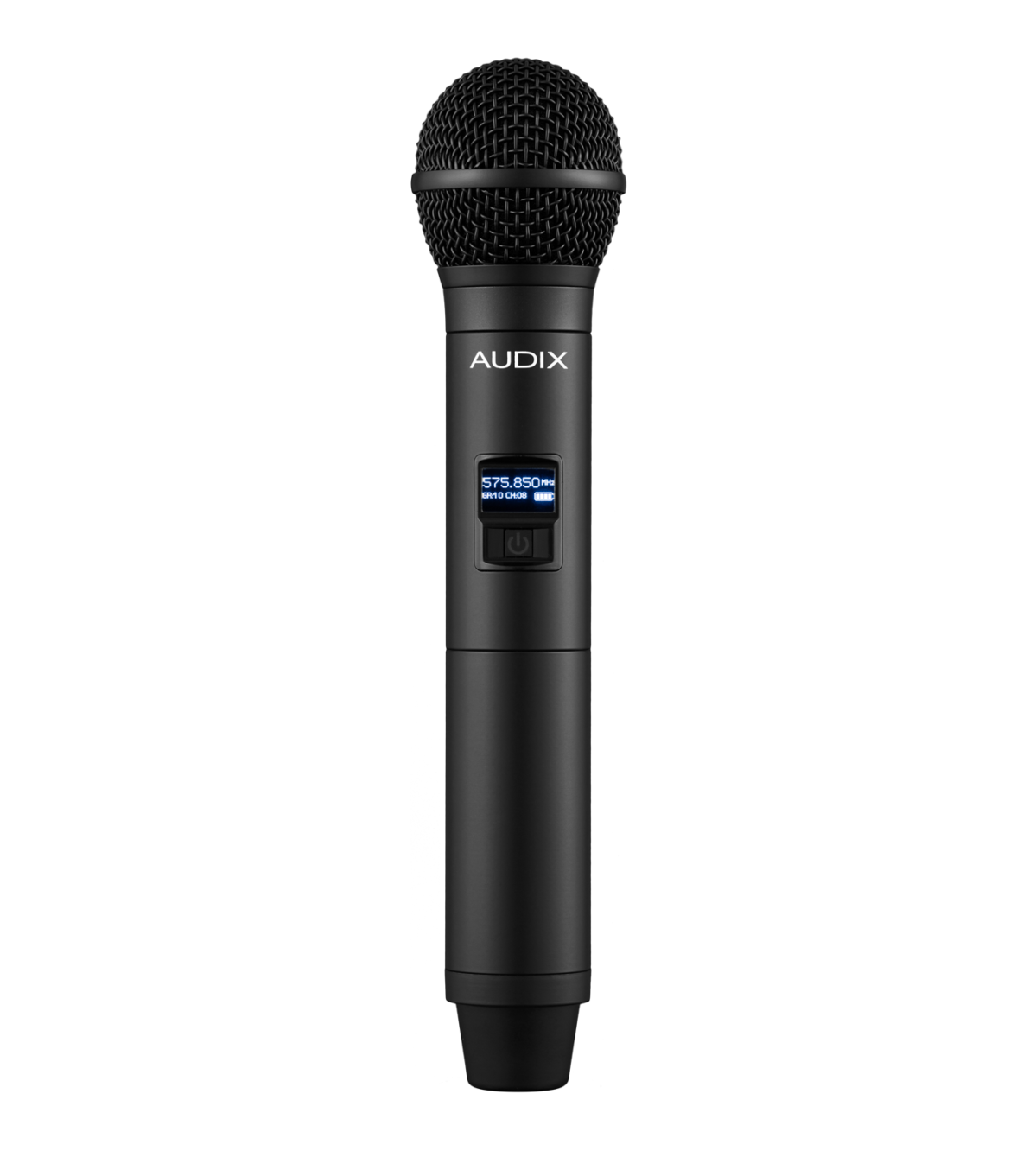