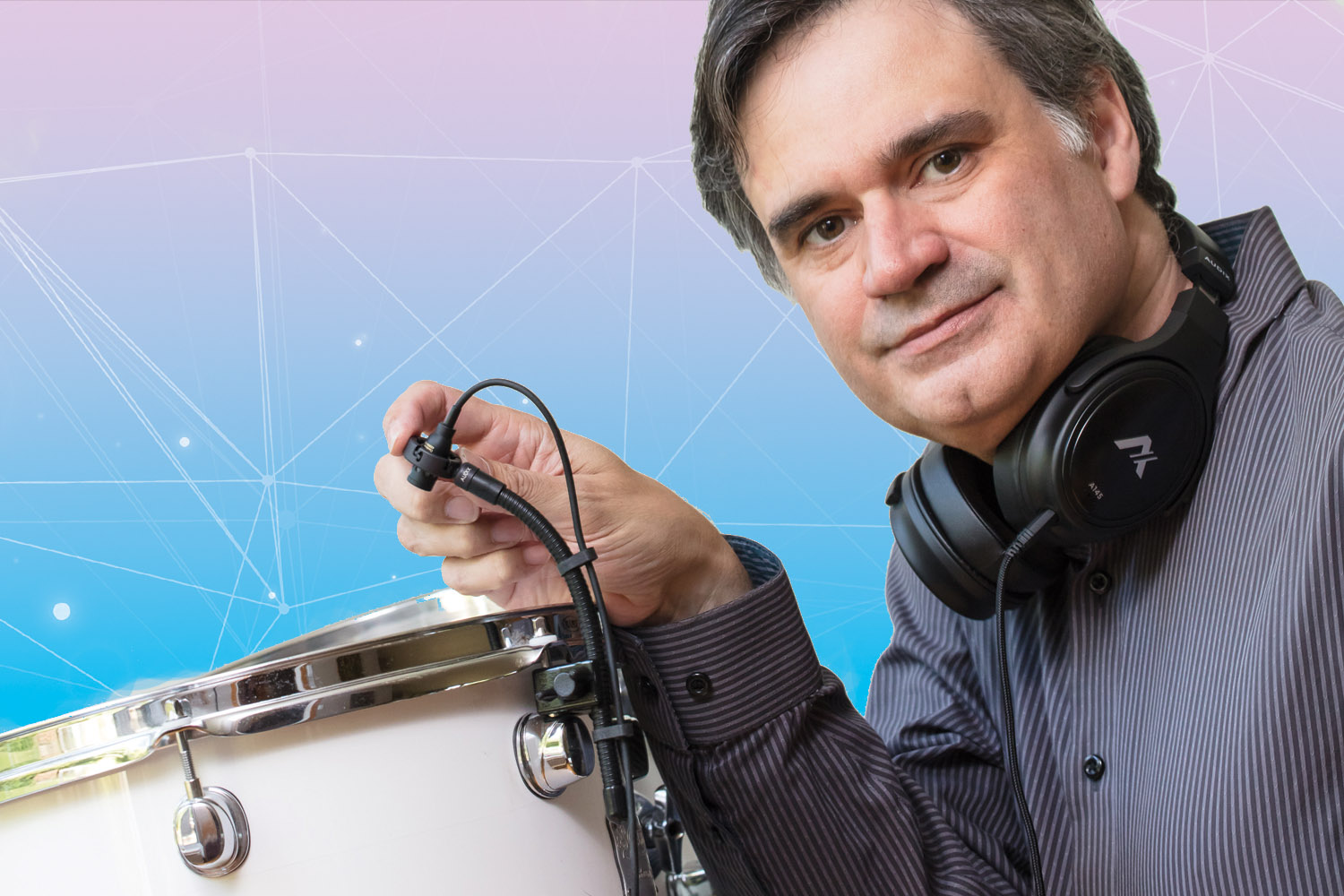 Because I had to pick only one microphone, officially the mic of the month is the MicroHP model from Audix. But in practice most of its characteristics are shared with the other models of their miniature microphone series for instruments. It is mostly the mounting hardware that differs. The MicroHP itself is designed to attach to a drum lug, which I find clever, convenient, and versatile. You are never caught off guard when it comes to securely attaching this mic to a percussion instrument.

The actual microphone of the Audix MicroHP is identical to the ADX20iP model. It is a miniature condenser mic of the clip-on genre. Its cardioid capsule is contained in a brass housing to which is attached a 6’ cable terminated by a mini-XLR connector. The microphone is inserted into a rubber shock mount allowing it to be well cushioned, even in the most demanding applications. The gooseneck is very stiff, requiring a bit more effort than usual to bend it. However, it retains its shape, whether during an intense solo or after receiving a flick of a drumstick.

As expected from Audix products the MicroHP can capture high SPL without distortion. It reproduces the sound of a floor tom with clarity and depth without necessarily having to use EQ. Mounted on a conga, the controlled directivity pattern of the MicroHP offers excellent resistance to feedback without coloration of the upper midrange. And finally, with a little creativity for mounting the gooseneck, its extended frequency response makes it suitable for miking various acoustic instruments for live sound. It was even recently used by one of our customers for a double bass! 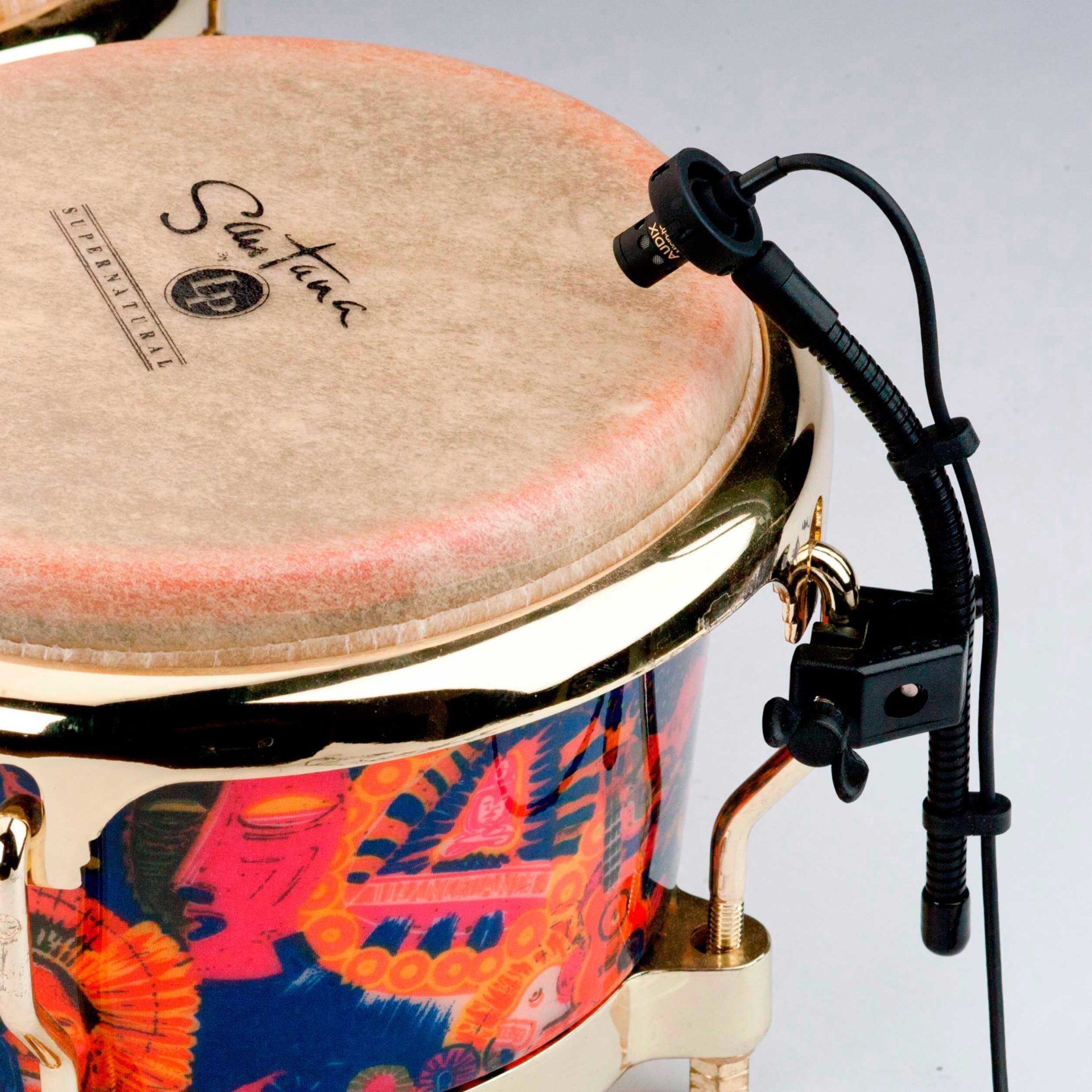 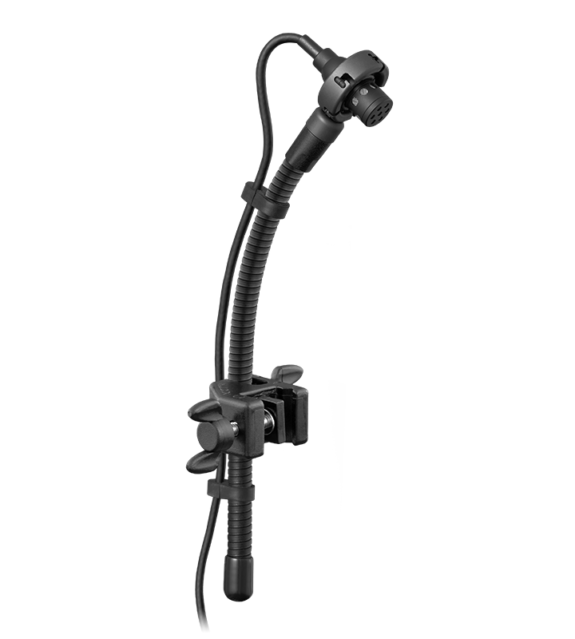