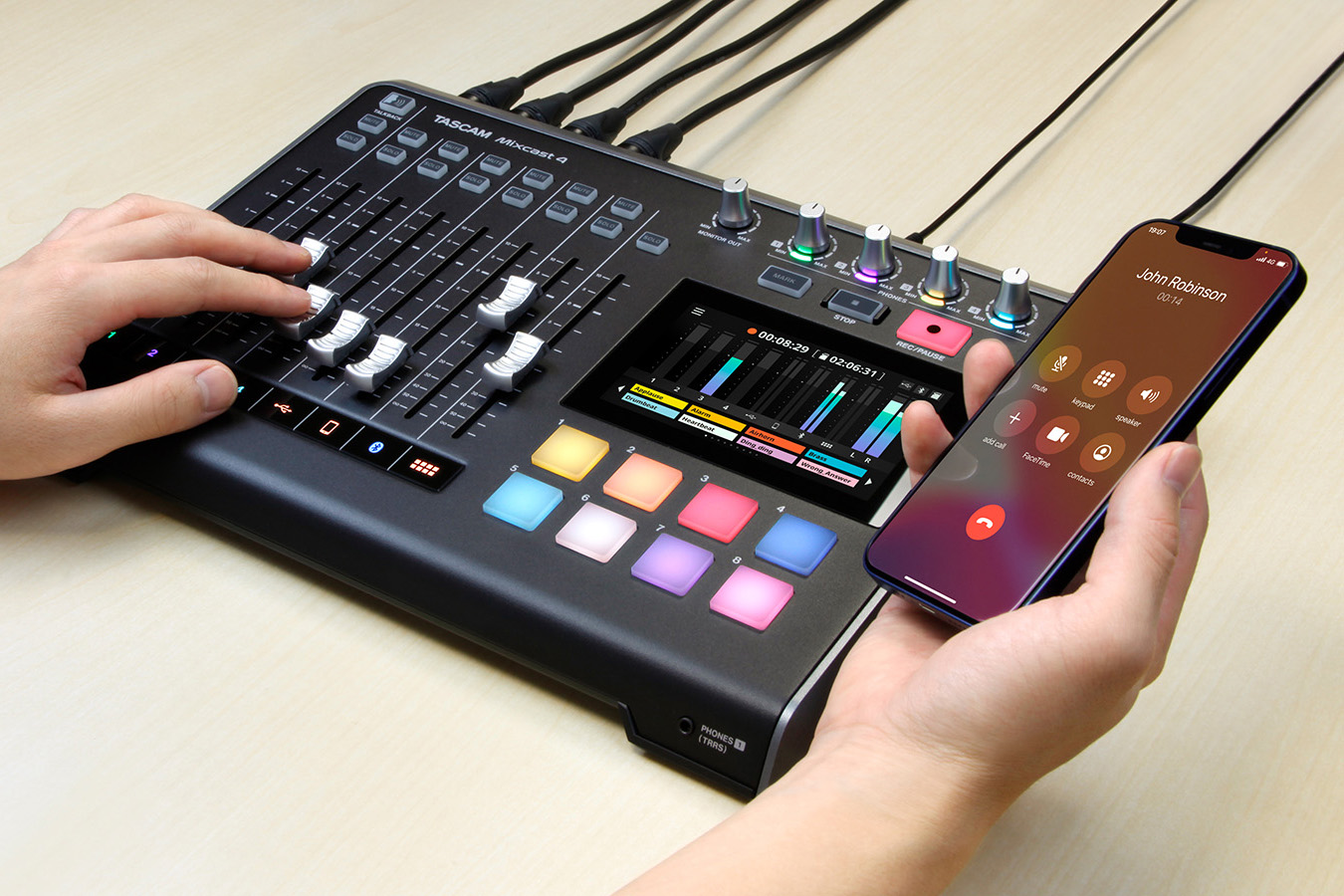 The V1.20 update also offers input gain control for the USB, Bluetooth, and 3.5 mm (1/8-inch) auxiliary input commonly used for accommodating outside calls or to serve as an additional input. For example, this new functionality enables the USB Skype input audio level to be governed by the host controlling the Mixcast 4. Similarly, the input level of a caller connected via Bluetooth or the 3.5 mm input can also be controlled.

In addition, the update supplies automatic mute on monitor out when the Mixcast 4’s microphone inputs are active, particularly useful for those using the podcast station with nearfield monitors, as live microphones will now not be routed to the monitor outputs.

Three further enhancements complete the update. First, the audio level display is now indicated in dB (decibels) as opposed to the green/red color only indicators. By showing the audio level in dB, users now have a more accurate reference for signal strength. Second, the Mixcast 4’s audio ducking capability has been expanded. The audio ducking control can now be applied to the sound pads for automatic ducking when speaking over music beds or when effects are being played from the sound pads. Lastly, front panel channel buttons are assigned as a Jump function for quick access to individual channel settings.

The Mixcast 4 V1.20 firmware update is planned to be available in February 2022 via the company website’s Mixcast 4 download page.