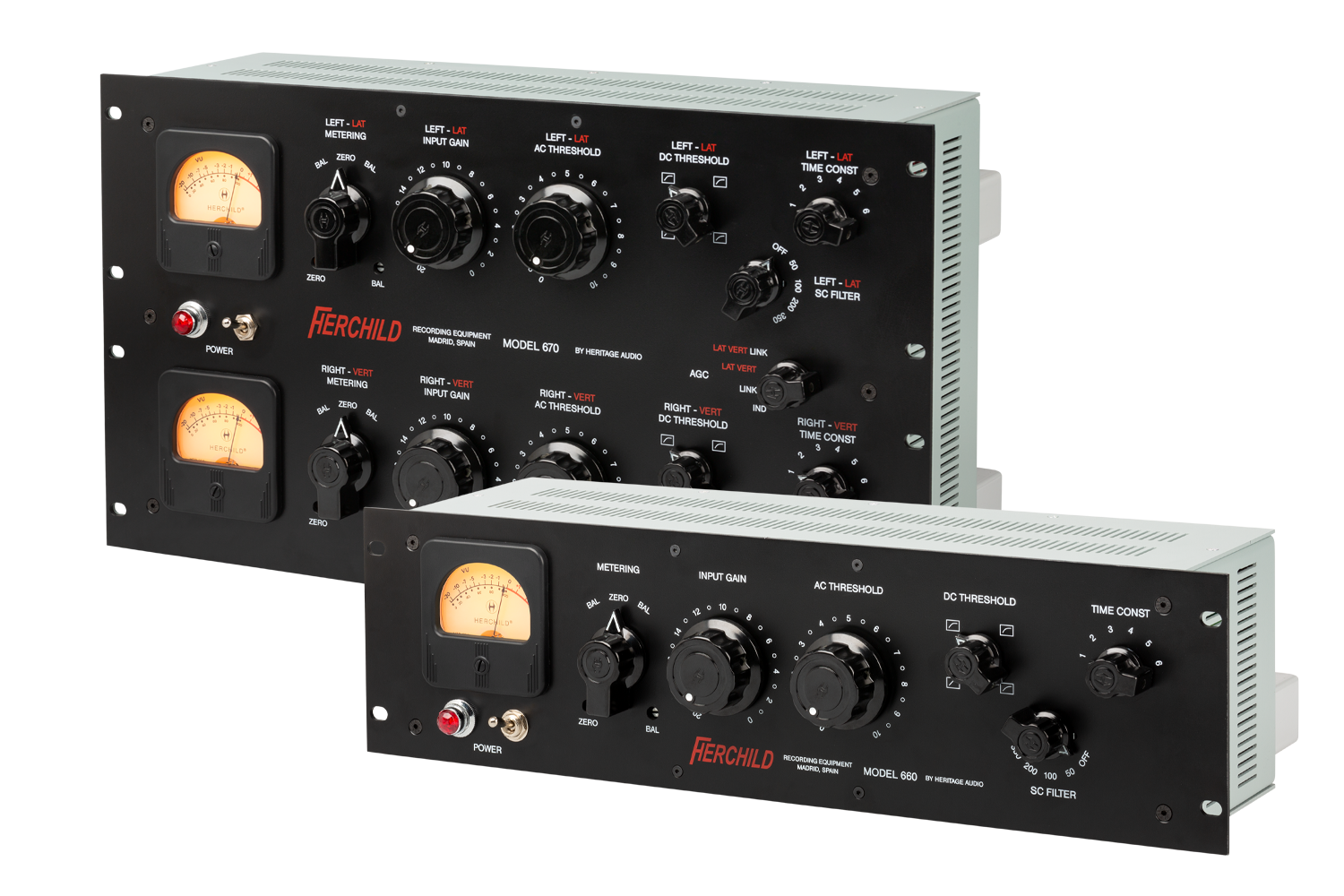 After decades of being so rare, hard to come by and almost considered mystical and nearly impossible to acquire, most people just assumed they´d never be able to actually use this legend, but don´t worry, the HERCHILD Model 660 (Single Channel) and Model 670 (Dual Channel) are finally here and within reach of everyone.

For years the industry has referred to this tube-based beast as something special, unique and even magic-like. The original Fairchild has indeed been an essential part of the sound to so many hits during several decades. It certainly has earned its title as the ´grandaddy´ of all compressors. Being based around 11 valves and 5 transformers (Model 660) or 22 tubes and 9 transformers (Model 670) you can be sure HERCHILD compressors will imprint their signature sound all over your tracks.

Although originally designed for cutting lacquer masters for vinyl albums, it didn´t take long for engineers to realise that it could do much more. It soon became an essential studio tool for many innovative artists, engineers and producers and could be found in most professional studios.

As there were only about 500 units originally produced there just simply aren´t enough to go around for everybody. Add to that the original requires quite a lot of special maintenance and after nearly 60 years there just simply aren´t many still in good shape. So that´s where Heritage Audio comes in… We´ve been able to successfully follow the original design and trace the necessary components to provide a modern day alternative. It´s taken us years, but we feel we´ve finally produced something so special that it´s capable of letting the old grandaddy take a long deserved rest, and make room for the new blood to take over.

It´s been quite a long journey, from sourcing thousands of NOS vari mu tubes from all around the world to commissioning the best names in the industry for making the needed custom transformers.

While staying true to the original in terms of response and sound, we´ve been able to add a few things to make it more practical in modern day studios. First off we´ve given direct access to the continuously variable slope control. This is something that makes the compressor so much more flexible and was only available on the original via an inconvenient screw adjustment hidden from immediate access. Then there´s the SC FILTER. Nowadays, it´s just about impossible to fathom a compressor without this feature as it´s become so important in everyday use. Here we´ve provided 4 different frequencies to choose from to precisely tailor your compression needs. We´ve also faithfully reproduced the exact attack and release times in the Time Constant section so you can confidently recreate the feel of its ancestor.

So finally, after so many years of this being unobtainable to mere mortals, the HERCHILD Model 660 Model 670 are here. Enjoy the sound that has blessed thousands and thousands of hits throughout the years. Feel the warmth as it hugs your tracks and makes them stand out proudly from all the rest.